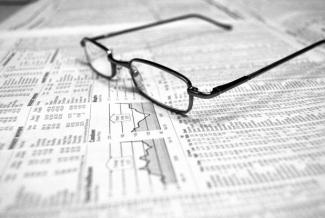 The 2015 Paris Agreement recognized finance as an important element to successfully transition to a low carbon economy. Policymakers hoped to achieve this objective, to a large extent, by mandating an increase in the level of climate-relevant information available to investors.

For instance, the European Commission’s “action plan on sustainable finance,” adopted in March 2018, proposed the introduction of an EU-wide, eco-label aimed at helping retail investors express their investment preferences on sustainable activities.

In April 2018, Morningstar introduced an eco-label for mutual funds, the Low Carbon Designation (LCD). To receive the LCD, a mutual fund must comply with two criteria:

The Portfolio Carbon Risk Score is calculated only for funds with more than 67% of its portfolio assets with a carbon-risk rating from the ESG [environmental, socially responsible and governance] research provider Sustainalytics.

As of April 2018, having a Portfolio Carbon Risk Score below 10 represented inclusion among the 29% of funds with the best performance on this dimension, and having a 12-month trailing average fossil fuel involvement below 7% representing a 33% underweighting of fossil fuel-related companies relative to the global equity universe.

How Funds Respond To Climate Change

Marco Ceccarelli, Stefano Ramelli and Alexander Wagner contribute to the literature with their March 2019 study “When Investors Call for Climate Responsibility, How Do Mutual Funds Respond?” They noted prior research had established that those who invest according to nonpecuniary motives have a smaller flow-to-performance sensitivity. Thus, fund managers, especially those with poor past performance, will be keen to attract climate-conscious investors.

Their study examined the behavior of investors and fund managers using database from Morningstar Direct, which included all open-end mutual funds domiciled in Europe (about 11,000) and the U.S. (about 7,000)—both equity and fixed income—and covers the period January through December 2018.

The authors concluded: “Our findings suggest that, as investors call for climate-conscious investment products, financial intermediaries use the vehicles at their disposal to respond to this increase in demand. First, they alert mutual fund managers to the importance of sustainability—and especially climate responsibility—as a key competitive edge. Second, they inform policymakers of the potential effects of eco-labeling schemes to reorient capital flows toward the transition to a low-carbon economy.”

The evidence demonstrates that investors express their social preferences through fund selection. In addition, their actions can impact the costs of capital of firms—firms with positive (negative) attributes receive more (less) investor flows, lowering (raising) their cost of capital.

The result is that stocks with positive attributes may see their valuations rise in the short term, but the resulting lower cost of capital means investors should expect that, over the long term, they will receive lower returns as the “price” of expressing their values.

The research supports this hypothesis. For example, Harrison Hong and Marcin Kacperczyk, authors of the study “The Price of Sin: The Effects of Social Norms on Markets,” provided evidence for the hypothesis that there is a societal norm against investing in “sin” stocks, and that it impacts the cost of capital. The following is a summary of their findings: